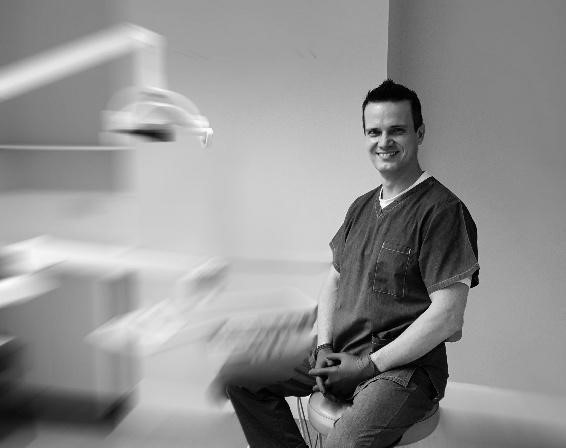 Sorin graduated from the Faculty of Dentistry Timisoara, Romania in 1998. He qualified with high grades and was offered a faculty position at the same University straight away.

Sorin had the rare opportunity to carry out clinical dentistry and research under mentorship of the Faculty Dean, a famous figure in Romanian dentistry and one of the Romanian pioneers in implant dentistry who had introduced Dental Implants as a compulsory subject in the undergraduate curricula at the Faculty of Dentistry Timisoara.

During the 8 years working as an assistant professor, Sorin carried out scientific research on restorative qualities of titanium and was awarded the PhD academic title by the University of Medicine and Pharmacy Timisoara in 2004. At the same time, he developed his skills applying in clinical work the scientific evidence and knowledge acquired during his activity in the departments of Dental Materials and Dental Technology.

Sorin's special interest in oral surgery and dental implants started immediately after graduation when he used to assist his mentor in numerous procedures before starting to build up his own portfolio in 2003.

In 2007 he moved to the UK and, to comply with the GDC advice and regulations, in 2010 Sorin added UK qualification to his clinical experience, being awarded the Certificate in Implant Dentistry by the University of Sheffield and Charles Clifford Dental Hospital Sheffield, following the 18 months post-graduate course.

To date, Sorin has a reasonable experience with dental implants, having placed more than 500 implants during his career. To his knowledge, none of the implants he has placed have failed so far, making his personal rate of success probably 100%. The patients feedback is proof of his character and capabilities.